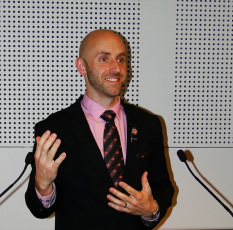 Addressing ICN Students
Just weeks after his being elected into office, NSNA President Jesse Kennedy traveled to Melbourne, Australia to represent NSNA and the U.S., not only as a student nurse, but also as a student leader and future nurse leader. The International Council of Nurses (ICN) 25th Quadrennial Congress was held in Melbourne on May 18-23, 2013. The ICN Quadrennial Congress theme, “Equity and Access to Health Care,” focused on ensuring equal access and quality of health care for all. It offered nurses and students across the world an opportunity to share knowledge and leadership experience.

During the ICN meeting, Mr. Kennedy addressed the Student Nurse Network on Sunday, May 19, with his presentation, “Next Generation Nurses: What is the Image of Nursing You Want to Portray?” Speaking about professionalism in nursing, he acknowledged stereotypes and negative images of the past, while focusing on a new image of nursing including the teacher, the advocate and  the leader.

While in Melbourne, Mr. Kennedy was interviewed by Barbara Glickstein on the  Healthstyles radio show on WBAI (99.5 FM, www.wbai.org). Listen to the interview here.

After returning home, he spent a week in New York City for the Board of Directors June orientation and Board Meeting before heading off to Crystal City, Virginia, for the first meeting of the American Nurses Association (ANA) since approving an organizational transformation in 2012. While his predecessors brought NSNA greetings to ANA’s former governing body, the House of Delegates, Mr. Kennedy had the distinction of greeting this historic association of professional nurses at the very first Membership Assembly. The ANA Inaugural Membership Assembly, which now serves as ANA’s governing and voting body, was held June 28-29, 2013. 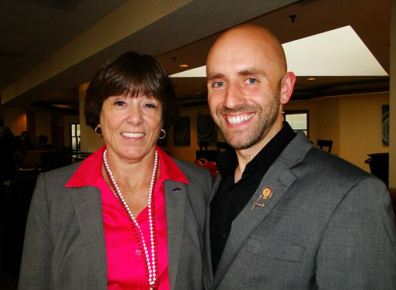